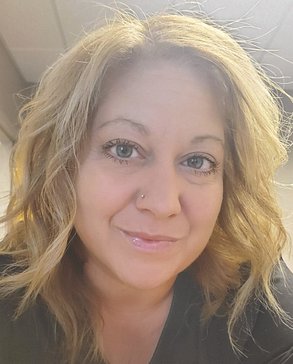 Dr. Simari began her undergraduate studies at the University of Pittsburgh, where she majored in chemistry.  She earned her doctorate from Palmer College of Chiropractic and  became a licenced, board-certified Doctor of Chiropractic in 1993.  She is also Board Certified in Ancillary Procedures and has earned certifications in Neuromuscular and Activator Methods Chiropractic Techniques, Functional Movement Technique and KDT Decompression Technique, and she is a Certified Kinesio Tape Practitioner.  Dr. Simari is a member of the Pennsylvania Chiropractic Association.

Dr. Simari began her career in private practice in Pittsburgh, PA.  She then spent several years practicing in Italy near the Sigonella Naval Air Force Base, where she had the privilege of treating active military personnel and their families.   In 2000, she moved back home to Pennsylvania and has been practicing in New Castle since then.  She is the owner of Chiropractic Healthcare and has been in her Neshannock location on Enclave Drive since 2012.

Dr. Simari knew from a young age that she wanted to practice in the medical field.  But it wasn't until after her own personal experience as a first-time chiropractic patient following an auto accident, that she knew that she would choose chiropractic as her career path.  She is happily married and the proud mother of three sons.

Call us today for an appoinment: